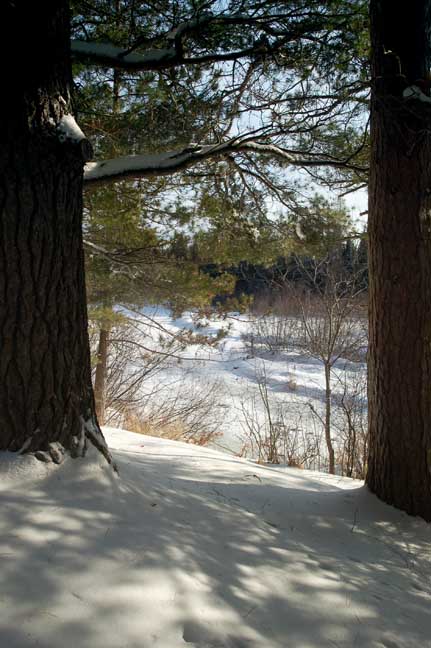 Recent foul winter weather stories from around the country have taken up a good share of our TV news coverage.  While I certainly sympathize with people in Orlando and Miami dealing with snow, many for the first time in their lives, it was the more significant snow fall in Southeastern Wisconsin got me thinking about snow in Milwaukee compared to snow in Eagle River.  One assumes that snow is snow, no matter where it falls.  It’s white, it’s kind of wet and only falls when it’s cold.  But I find it more complex than that.

I heard or read somewhere that no two snowflakes are alike.  Of the trillions of flakes that fall, I can’t imagine that somewhere there aren’t twins.  If I were a young climatologist, I could envision a life devoted to finding two identical snowflakes, my worthy research funded by a lifetime of excessive government grants.

City snowflakes are tyrannical and malicious. While I was still working in Milwaukee, I remember watching from an office window as grinning, evil white flakes rushed to the ground in an effort to load up the freeways and roads before quitting time to insure that my drive home would be a nightmare. They fell from west coast clouds making winter pilgrimages north and east – the antithesis of Wisconsin snow birds heading to places like Florida and Arizona.  I can almost imagine the flakes from these pacific coast clouds, delighting in the chaos they cause snarling traffic and laughing maniacally as shovelers wrench their backs heaving them from walks and drives. To add insult to injury, city flakes deliberately melt just enough to add extra weight to the shovel.

Country snowflakes couldn’t be more dissimilar.  The country snowflake is a happy, friendly non-threatening guy or gal who just wants to make people happy.  They gaily flutter lazily from their clouds, sporting big, happy smiles and giggling.  Most come from Canada,  often making an arduous trip across cold and blustery Lake Superior.  As the clouds gather above our northern border, they probably reflect on how pretty the forests around Eagle River are and how anxious they are to get down there. Unlike their city cousins who race to the ground, country snowflakes are more deliberate in their decent so they can concentrate on decorative landscape art.  These winter Picassos paint trees, lakes and fields in a blanket of velvety white.  Even though these fluffy country flakes carry less moisture than a mosquito’s spit, they are almost apologetic to the shoveler who must gently remove them from his walkway.

Typically, city flakes do as much damage as possible, as quickly as possible, then rapidly depart as road salt and sun do their work. Only a few gray/brown icy piles and a bunch of dirty cars remain to give evidence of their visit. In contrast, north-country flakes stick around for several months providing thousands of hours of stress relieving joy for snowmobile, ski and snow shoe enthusiasts reveling in the forest’s pristine, snow-trimmed landscape.

Now and then a bunch of rowdy city flakes drive up from Milwaukee, intimidate the country flakes and generally cause some local disruption.  It’s amazing how just a few depraved city flakes can give good country flakes a bad name.  In fact it wasn’t long ago that I saw some of them smacking into my windows.  How can I be sure they were city flakes?  For one thing, they were charging the ground, grinning maniacally. Country flakes float and flutter and would have smiled gleefully.  For another, as I shoveled my walk that day, I felt my back twinge – a sure sign that these were wet, sloppy city flakes – the evil twins.